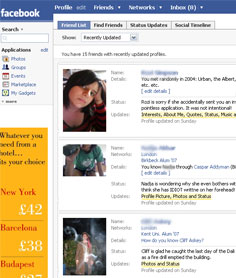 You may well have screenfulls of grinning online buddies spanning a host of social networking sites, but new research shows that when it comes to the real world, you don’t have any more close friends than the rest of us.

Will Reader, an evolutionary psychologist at Sheffield Hallam University headed up a team studying Facebook and MySpace users and found that, “weak ties are (more common) but there is no difference in the number of close friends people have.”

Speaking at a meeting sponsored by the British Association for the Advancement of Science, Reader added that, “Nearly all our close friends require face-to-face contact.”

The study asked people about their attitudes toward friendships and found that 90% found it imperative to know somebody face-to-face to form really tight bonds.

Reader claims that it’s only when folks meet ‘in the flesh’ that they can interpret social clues – like laughs and smiles – to work out whether they’re got a real pal that can be counted on. 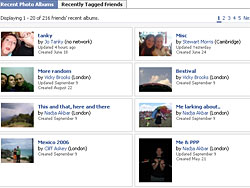 “That weird experience of laughing together where people can find they have similar goals and experiences is necessary,” insisted Reader.

“It is a bit like a dance between two scorpions where one is wondering if the other is going to eat me or sleep with me,” he added, rather obliquely.

Studies elsewhere have revealed that most people have around 150 people in their extended networks, but only a small percentage of that number are considered close buddies.

This small figure stayed the same, even when people had hundreds or even thousands of people in their network.

“One of the possibilities is that changing the nature of these networks can decrease the cost of maintaining friendships,” commented Reader.