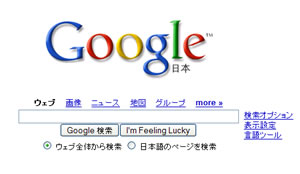 Japan has stuck €89m-€95m in to a research project to try and build a search engine to rival Google, reports the FT.

10 Japanese companies are pooling their talent, as they’ve just noticed that hardware isn’t selling so well, South Korea and Taiwan are making and selling just what Japan is – but much cheaper. Oh, and that software services are growing.

Japan really have come to this party rather late. It’s been clear ever since before the advent of Google that services, not hardware is where it’s at. Since the continued rise of Google you have to have been living under an IBM XT to not have caught on to it.

We thought that France and Germany had been ridiculously slow in getting going when they started to seed their own “next generation” search engine two years ago.

We suspect that Google isn’t quaking in their boots.

One thought on “Japan Fund Google Rival: Are They Joking?”