Credit reporting analysts Equifax said people signed up to sites such as MySpace, Bebo, Facebook and Friend Reunited may be posting up so much personal information that fraudsters are going to have a field day.

Neil Munroe, external affairs director for Equifax, commented that ne’er do wells were taking advantage of the new craze for social networking adding that some users, “don’t realise the significance of the kind of information they are putting out on the web and who may be accessing it.”

“More and more consumers are signing up to these sites every day and chances are they’ll put on their date of birth, location, email, job and marital status,” he added. 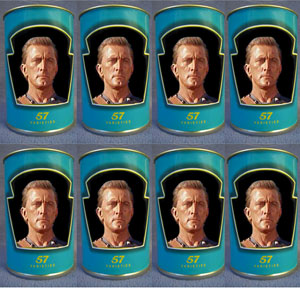 All this adds up to a veritable feast o’facts for freakin’ fraudsters, who can then go on and open accounts in users’ names.

Munroe advised folks to think twice before slapping their full date of birth on social networking sites, and not to use the names of children or pets as passwords.

Last year, around 80,000 people in the UK fell victim to identity theft, at a hefty cost to the economy of £1.5bn.

“We don’t want to stop people using these sites, but we do advise them to limit the amount of information they make available to stop people stealing their identity,” said Munroe.