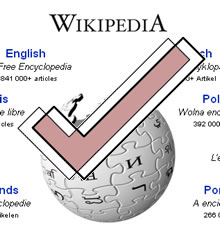 Quick catchup news. China has modified their content blocking – or Great Firewall of China as it’s sometimes called – to allow through the English language version of Wikipedia to be seen in China.

This change only took place at the beginning of this week. My experience the week before (while in Beijing), was that results were show in Google, but when clicking on the Wikipedia links, they would timeout with nothing displayed – classic firewall blocking behaviour.

We understand that not all Wikipedia pages are available, with those on Tibet and Tienanmen Square still remaining in accessible. There’s speculation that the blocking has become smarter, looking for sensitive keywords and removing access to those pages.

The Chinese language version of the site continues to be blocked.

Flickr photos also blocked
The one that surprised me was the blocking of Flickr’s photos. The pages were displayed just fine, but blank spaces were show in place of the expected photos, even the most innocent subject like Ventnor

If the smart blocking rumours are true, it’s going to be a very long time before Flickr becomes unblocked, given the difficulty of automatically deciding what is in the photos.

Censorship In The West
If you’re sitting there steaming that the Chinese could have the bare-faced cheek to censor content, when nothing like that happens in the West – get a grip and take a look at the reality in the rest of the world.

It’s being reported that a profile on Rupert Murdoch’s Chinese wife, Deng Wendi has been removed (spiked in jurno talk) from Australian newspaper Good Weekend and the self-declared bearers of truth, The Guardian in the UK.

We understand that it is appearing in the Chinese news magazine, New Century Weekly, today.

As one article concludes, “When Chinese magazines start publishing articles that scare off Western editors, you know the times they are a changing.“