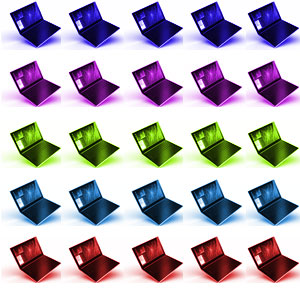 The number of personal computers in use around the world will exceed one billion by the end of next year and grow to a mighty two billion by the year 2015, according to a report by a leading market research firm.

Forrester Research’s new paper, “Worldwide PC Adoption Forecast, 2007 To 2015,” calculates that the world will be clattering along to the sound of a billion computer keyboards by the end of 2008, hitting two billion in 2015.

The company boffins say this equals a 12 percent compound annual growth rate (CAGR) between 2003 and 2015, with future expansion fuelled by fast-growing PC use in emerging markets and high-profile programs reaching out to previously untapped markets.

Although it’s taken over a quarter of a century to notch up the first billion PCs in use, Forrester reckon it’s only going to take seven years to reach the next billion, thanks to lower prices, advancing technology and global demand from a technology-sussed population.

The big growth looks to be in the Brazil, Russia, India, and China markets, with Forrester estimating that these countries will account for more than 775 million new PCs by 2015. 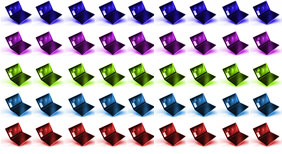 “There is nothing more important to the long-term health of the technology industry — and personal technology in particular — than the ability to deliver relevant, accessible and affordable technology to the billions of people worldwide who have not been exposed to it”, said Forrester Research Vice President and Research Director Simon Yates.

“The industry can probably survive selling incrementally better hardware and software to the people who already have technology in their lives, but the vast majority of growth in the PC and related industries will come from emerging markets, ” he added.

The report warns of “unpredictability” ahead, with Forrester warning that high volume launches into emerging markets could be risky with vendors unable to test out new products with small scale releases due to the economic pressure to produce high volume, low cost goods.

“There are risks,” finger-wagged Yates. “It is safe to assume that life cycles will be longer in emerging markets. Vendors, accustomed to mature markets where the average life cycle is between four and five years, will need to have a deep understanding of how to work in these markets and, with less of a market for replacement PCs, will need to band together to scale production for these emerging regions.”