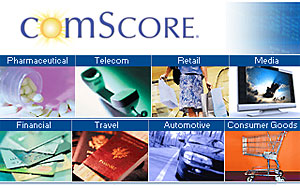 Online stats firm comScore have been busy with their rulers, clicky counters and tape measures to bring us curious folks ‘the first comprehensive review of European Internet activity.’

Their cool-sounding ‘comScore World Metrix’ study reveals that Europeans *heart* the Internet, with an average of 122 million Europeans aged 15 or older being online during an average day in April 2007, compared to 114 million in the U.S.

According to comScore’s stats, the average European spent an average of 16.5 days in the month surfing around the web on their home or work PCs, notching up a total of 24 hours viewing time, looking at no less than 2,662 Web pages.

When it comes to the number of pages looked at, the Swedes romp home by a considerable margin, with the average user taking in 4,019 pages per month – 51 percent above the European average. 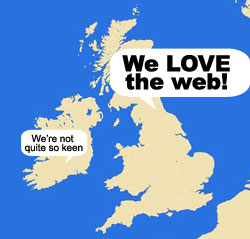 The Netherlands and Scandinavian countries have the highest percentage of folks online, with anything from 68 percent to 83 percent online, but when it comes to numbers per country online, Germany takes the crown with an online population of 32.6 million people aged 15 and older.

The Germans may have more people online, but us Brits can proudly claim to have most active online population, boasting the highest average number of daily visitors (21.8 million), the highest usage days per month (21 per user), and the highest average time spent per month per user (34.4 hours). We dread to think how many lost office hours are included in that impressive tally.

Not surprisingly, Google was found to be the most popular property in 13 of the 16 countries, followed by Microsoft in most countries.

Yahoo! trailed behind in third place across Europe, although it managed to bag the number one slot in Ireland, Italy and Spain.

One thought on “Study: U.K. Most Active Internet Users In Europe”