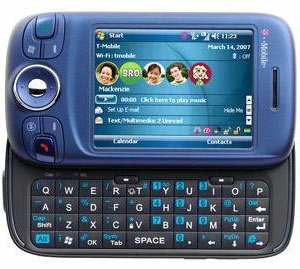 Purring along on the new Windows Mobile 6 Professional operating system, the phone sports a slimmer profile, with the exterior covered in a ‘soft-touch’ blue paint scheme that looks a bit similar to the Treo 750’s skin.

“The HTC-designed T-Mobile Wing is a versatile, user-friendly smartphone that will appeal to a wide range of consumers,” purred Todd Achilles, vice president of HTC America. “The T-Mobile Wing is 30 percent smaller than its predecessor, the T-Mobile MDA, and is packed with broad functionality that enables users to experience the best in connectivity, productivity and mobility,” he continued.

In an attempt to make it feel less bulky in the hand, there’s been a bit of sculpting action going on with the front and back faces of the Wing (it’s a rubbish name, isn’t it?). 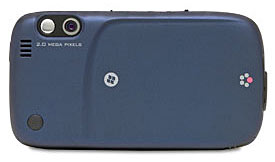 As the wig-spinning Paul Daniels might say, “That’s not a lot!”

Keyboard
The QWERTY keyboard now slides out from the right side of the phone instead of the left side, so that the d-pad is now to the left of the display when the keyboard is extended.

This should make it easier for right handed users to operate the phone, although we’re not really fans of sliding keyboards as they’re a b*gger to operate when you’ve only got one hand free (like when you’re attending to an important SMS in the Little Boy’s Room).

A 2.0 megapixel CMOS camera lurking on the back comes with a 8x digital zoom and supports video capture at a low res 176 by 174px resolution, with the built in media player taking care of movie and music playback.

The 2.8-inch diagonal, 65K-colour TFT screen only manages a 240 x 320px resolution which we find a tad disappointing for multimedia device.

An early review on PC World praises the phone’s battery life and call quality, but expresses concerns about the poorly constructed buttons, limited storage and some frustrations with the usability of the Windows operating system. 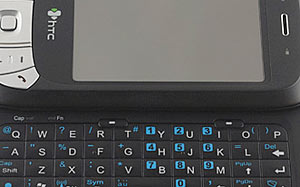 The T-Mobile Wing will be available exclusively to T-Mobile US customers from today for around US$300 with a new two year service agreement.