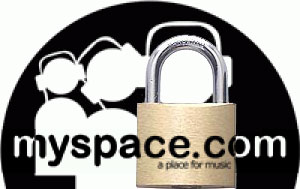 With a chilling wind stirred up by a tornado of law suits blowing their way, MySpace has announced that it will be implementing new technology to stop members’ using copyrighted material without permission.

Based on Audible Magic technology, the new content protection system regales under the name, “Take Down Stay Down,” and MySpace is hoping that it’ll do what it says on the tin.

The social networking site reckons that once copyright-busting video content has been zapped from MySpace member profiles, the new system will stop users slapping it straight back up.

“We have created this new feature to solve a problem that has long frustrated copyright holders and presented technical challenges to service providers,” said Michael Angus, executive VP and general counsel for Fox Interactive Media (which is part of News Corp which owns MySpace).

Digital fingerprinting
Under the system, once MySpace has received a takedown notice of a purloined copyrighted clip, a “digital fingerprint” of the video will be taken and added to a copyright filter database that will prevent the content being uploaded again.

The company have high hopes that copyright holders will look kindly on the new set of tools included with Take Down Stay Down that lets them add dodgy content to Audible Magic’s database with just a few clicks and thus banish nicked content off MySpace with ease.

Automated woes?
Although an automated system sounds like the perfect ticket, anyone who watches sci-fi knows that robots can sometimes get it wrong, as Corynne McSherry, a staff attorney with the Electronic Frontier Foundation, commented: 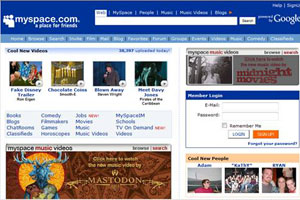 “There’s a general problem with automatic filtering technologies, and I think we know about that. The concern that I would have is, for example, it’s contested as to whether or not that content is infringing at all. I’m not seeing any process here that allows for that.”

Although MySpace insists that it would be highly unlikely that content would mistakenly wind up being blocked, we can imagine trigger happy corporate lawyers being quick to dump disputed content, even if the infringement isn’t clear cut.

What happens, for example, if some copyrighted content is being used as a parody and thus could be protected under ‘fair use’ laws? (urban75.com famously had a run in with Barney’s excessively litigious lawyers over their use of the purple dinosaur’s image).

Of course, whether these new measures will escape the attention of hackers remains to be seen. After all, every form of digital rights management created thus far has been cracked eventually.

One thought on “MySpace Introduces Copyright Protection For Videos”