Linux may be associated with sunlight-avoiding, beardy computer ‘enthusiasts’ pottering in sheds, but the popularity of its mobile phone version is predicted to soar.

Although Linux take-up has traditionally trailed miles behind Symbian – currently the head honchos of mobile OS platforms hogging around 60 per cent of the market share – research firm ABI thinks things are about to change.

They reckon that the number of mobile phones purring along on Linux is about to skyrocket from the current tally of 8.1 million phones to more than 200 million by 2012. 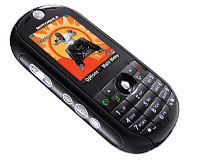 ABI also predicts that handsets incorporating the open source Linux as a real-time operating system (RTOS) replacement will also grow massively, leaping up from a base of just about zero today to 76 million units in 2012.

Stuart Carlaw, research director at ABI reckoned that Linux’s growth will be down to a number of factors; the breaking down of barriers for adoption, more industry bodies working to promote the OS (including Motorola, NEC, Panasonic and Samsung) and the ease in which phone makers and mobile operators can customise their handsets.

The new report by ABI Research, “Mobile Linux: Bringing License-Free Operating Systems to Smartphones and Mid-Tier Devices”, concludes that “Linux in the cellular phone is not a question of ‘if’, but ‘when’.”

Elsewhere, The Linux Foundation has announced an update of the Linux Standard Base (LSB) and the release of a new testing toolkit, which can be found here: www.linux-foundation.org/en/LSB

One thought on “Mobile Linux Use Set To Soar”