The number of UK TVs connected to digital devices – ones that can receive digital TV signals – has increased to 48.5% reports Ofcom. 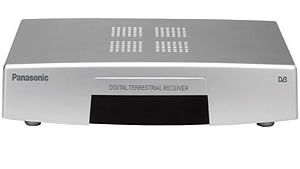 The quarterly report snappily titled, Communications Market: Digital Television Progress Report, covering the fourth quarter of 2006 (October-December), shows the figures are up from 39% in the same period the previous year, and also from 44.7% in the Q3 2006.

The run up to Xmas is traditionally a time where many more new TVs are bought, in a desperate attempt to increase the ‘enjoyment’ of Xmas by numbing their brains watching ‘entertainment’ on TV. It appears no different this year as a further one million UK homes acquired digital televisions for the first time.

Previously, Ofcom used to highlight the number of UK households that were digital-TV-enabled, which has now reached 77.2%. This figure received a fair degree of criticism as, although it sounded impressive, didn’t give a true reflection of what the impact of switching off analogue would be for UK TV watchers.

There’s been an interesting announcement in the US, where the American households will be offered up to two $40 vouchers to switch to digital TV. The UK government has actively discouraged thinking like this in the UK.

As ever, there’s a huge pile of numbers that will be poured over by those in the industry who get quite excited about this type of thing. We’re normally in this category, but for some reason were not too excited about this quarter.