It may have suffered more law suits than slippery Jeffrey Archer, but new figures reveal continuing growth for the video sharing site, with many visitors seeking out user-generated content. 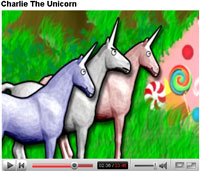 Research firm Hitwise reported that online traffic to YouTube soared past rival US TV websites, with the site recording more visits than all the television network Web sites combined during the week of Feb. 3rd.

Whipping out their big calculators and pulling out a few pencils from their white coat top pockets, Hitwise calculated that YouTube’s share of internet visits leapt to 0.6031% during the week of February 3.

By comparison, traffic to the whole bloomin’ lot of US TV network websites could only muster a measly 0.4865% share.

Remarkably, YouTube’s US market share actually jumped 13.9% in the two weeks after MTV and Comedy Central parent Viacom had made the company remove 100,000 of its clips. 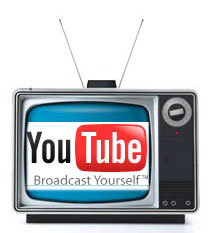 Hitwise researcher LeAnn Prescott, commented, “This is a landmark event in the changing face of web traffic and entertainment consumption, now that entertainment seekers are now more likely to go to YouTube than any other television network or gaming website.”

The Hitwise research looked at the words and phrases used in Internet search engine queries that led surfers to YouTube videos.

Although amateur videos remain popular, the number one online video search in the four weeks up to February 17 was for television commercials shown during the recent US Superbowl game – something that will, no doubt, warm the cold steely hearts of their marketing dept.

According to Hitwise’s figures, the second most common video search was for “white and nerdy” while “Charlie the unicorn” came in at third.

We didn’t have a clue who the chuffin’ Nora Charlie the unicorn was so we looked it up. And boy, was it rubbish.