Amazon are expanding their Amazon Unbox service to the TiVo platform. It’s being described as a “soon-to-be-launched service.”

Unbox offers TV programmes and films for rental or purchase, delivered down a broadband connection.

Amazon are taking a route much the same that Sky is in the UK. They initially offered the Sky Anytime service on PC first, and are now in process of moving it to their Sky+ box. TiVo are claiming 1.5m broadband-ready TiVo boxes in the US, significantly less than the number of Sky+ boxes in the UK.

The straight Amazon Unbox service (omitting the Tivo part) was launched in September 2006, delivering content to PCs and, by way of difference from Sky, portable device (as long as they were Windows Media Video-compatible).

How do you get it?
Sign up for the service sounds pretty easy. TiVo subscribers simply log on to Amazon.com and follow a few simple steps to establish a link between their broadband connected TiVo Series2 or Series3 box and their Amazon account. The list of available content will then make its way down the broadband pipe, to be displayed on the usual TiVo “Now Playing” list.

Respect for the customer
In a move that shows that TiVo/Amazon look at things from the consumer perspective, all purchased videos are automatically stored in each customer’s “Your Media Library” at Amazon.com for future access and download. This is absolutely the right way to do this, rather than forcing the consumer to buy it all again in their hardware gets into difficulty. 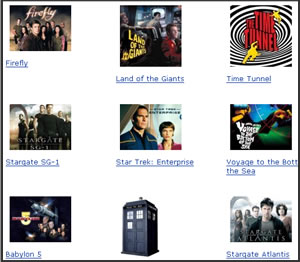 Impact
We suspect that Amazon won’t be stopping at delivering Unbox to TiVo and are likely to offer it on other PVR platforms after a period of exclusivity.

Given the straight Amazon Unbox service is wrapped in Microsoft’s DRM, we assume some kind of content protection will be applied to the Amazon Unbox on TiVo content. What is unclear is if this will also be by Microsoft – highly unlikely given TiVo runs on a Linux platform.

Potentially having to apply a second form of DRM to all of the content will be a major overhead for Amazon.