Clearly we love technology – it would be a bit of rum do calling ourselves Digital-Lifestyles if we didn’t. 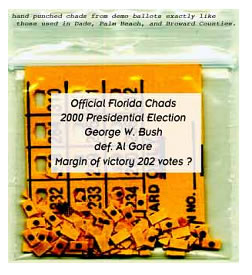 Firm believers in technology being used to add something, not being used for the sake of it, we also think there are some areas that technology should stay out of.

One being the counting of votes for elections. Democracy is just too valuable to be fiddled with.

We’ve all heard about the introduction of electronic voting machines in America and the huge number of concerns that has thrown up. Hell, there was even a film made about it – Hacking Democracy.

As we in the tech world know, anything that is on a computer can be manipulated. Removing people, who bring the appropriate check and balances to the process, is a very bad idea.

What does it matter if it takes a little bit longer to count the votes? Who’s hurrying? Let’s not forget that the party elected in the UK is going to be in power for four years, so a couple of extra days to count the vote matters not.

There are just too many risks to let this go ahead.

Well, some bright spark appears to think that introducing computerised voting in the UK and further afield is a good idea.

Luckily the Open Rights Group (ORG) is holding some discussions on the 8th Feb to discuss this very subject.

If you’re near to London, we urge you to attend. This is important stuff.

One thought on “The Risks Of e-voting: ORG London Event”