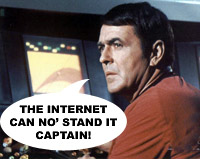 Although the home entertainment industry is more loved up than the Happy Mondays on a bagful of E about Video-on-Demand, a new report suggests there might be a bumpy ride ahead.

The media research bods at Deloitte reckon that video downloads are likely to “encounter some challenges in 2007” with customers expecting to suffer slow broadband downloading times, especially for customers downloading to their computers.

Igal Brightman, global managing partner at Deloitte commented that, “the unrelenting growth in Internet traffic during 2007 may overwhelm some of the Internet’s backbones: the terabit-capable pipes connecting continents.”

“The impact may be most noticeable in the form of falling quality of service,’ he added, warning the industry that it would only take an unexpected upsurge in video usage to turn the inconvenience caused by dropping access speeds into “full-scale consumer dissatisfaction.”

UK market still small
At the moment, the UK film download market in Britain is still relatively small, with media market and research analysis group Screen Digest, anticipating that the big moolah will eventually start rolling in, but not for a few years’ time, 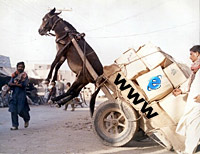 The big payola, however, is unlikely to start being raked in until equipment and networks improve.

Slower than a sleepy sloth
Deloitte calculated that on a typical two Mbit/s DSL network, film downloads will crawl down the wire at a yawn-inducing one minute per minute for a film, so a three hour film would take 180 minutes or more to arrive.

When it comes to downloading high-definition video, punters can definitely put the popcorn on hold too, with an average film taking the best part of a day to slide down a one Mbit/s DSL connection.

Matters aren’t helped by the rise of other bandwidth-hogging applications like VoIP, e-mail and online gaming, and in high demand areas it may prove quicker to pop down to Blockbuster than wait for the film to download.