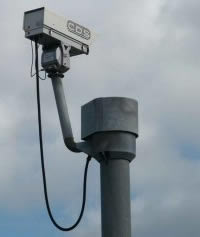 Britain’s Information Commissioner has published a study concluding that, within 10 years, surveillance of people living in the UK will be all-pervasive.

Alongside the report is a league-table of privacy around the world. Shockingly, Britain currently is the third most surveilled country in the world, behind Russia and China.

CCTV coverage alone is at an all-time high, with an estimated 4.2m CCTV cameras, one for every 14 members of public in the UK.

It’s important to note that this study isn’t published by what some would view as a “pressure group” like Privacy International, but by a civil servant – The Information Commissioner.

This isn’t the first time that The Information Commissioner has raised concern over the way privacy is going in the UK. Two years ago he was on record as saying “we are sleepwalking into a surveillance society.”

His view now? “They (surveillance activities) may be necessary or desirable — for example to fight terrorism and serious crime, to improve entitlement and access to public and private services, and to improve health care. But unseen, uncontrolled or excessive surveillance can foster a climate of suspicion and undermine trust.” 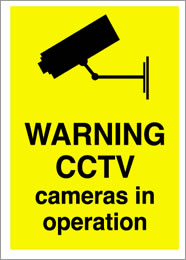 He added: “As ever-more information is collected, shared and used, it intrudes into our private space and leads to decisions which directly influence people’s lives.

“Mistakes can also easily be made with serious consequences — false matches and other cases of mistaken identity, inaccurate facts or inferences, suspicions taken as reality, and breaches of security. I am keen to start a debate about where the lines should be drawn. What is acceptable and what is not?”

Comment
For a long time we at Digital-Lifestyles have been aware of the creeping nature of the loss of privacy in the UK, with our concern extending well before the so called “war on terror.” Since this “war,” the erosion increased exponentially in the name of “protecting” us.

It’s hugely refreshing that someone employed by the government – The information commissioner – has released this information. It must be a pretty serious state of affairs. What’s needed now is some real debate to take place (something increasingly rare in the UK in our view), with all points of view given equal prominence. Let’s get away from this ridiculous view that if you’ve got nothing to hide, you’ve got nothing to worry about.