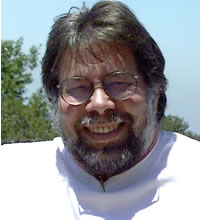 Steve Wozniak, Apple co-founder and genius hardware builder, is currently on a book tour around the UK promoting …. not surprisingly, his book, iWoz. As you probably know, he’s commonly referred to as Woz.

The most revealing one-on-one interview was carried out by Digital-Lifestyles pal Bobbie Johnson of the Guardian.

Woz revealed that what got him started creating computers was the desire to build a videogame, then wanting to get on to Arpanet

it got me into wanting to do it so badly that the only way to do it for free was to build my own device. So I built my own device that could now put words on the TV set from a computer and type of a keyboard.

Woz confirmed that Jobs did rip him off in the early days when Jobs got him to redesign the circuit board for the classic arcade game, Breakout. After Wos had spent 72 hours straight getting the system boards chip count down by around half. Jobs told him he’d give Woz half of what he got, $700, but Jobs had actually received $7,000. 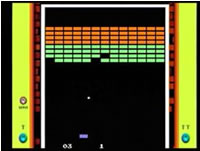 On the iPod and its expected longevity, Woz pins it, “Will the iPod always remain that large? Walkmans seemed to come and then go away. I think Apple’s making the most out of the lifespan.”

Other controversial comments that have come out during the book tour include him thinking that Apple wasted their money when they bought NeXT, as it wasn’t needed at that time. There had been a lot of complaints around that time about the stability of Apple’s OS 7. After some investigation Woz discovered that Microsoft’s Internet Explorer has been the cause of the problems.