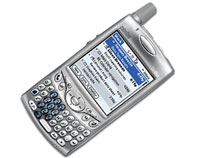 We get to see an awful lot of gadgets here at Digital-Lifestyles, so it’s not surprising we get quite a few emails asking what gizmos we personally use, so here’s my personal choices. And yes, I paid for ’em all myself!

Mobile Phone
Unless you’ve managed to miss any of my endlessly enthusing Treo articles, you’ll already know that I’m a 100% Palm Treo 650 fanboy.

We’d love to hear from you what bits of kit make up your tech armoury. Write it up in an engaging way and you could see your work on Digital-Lifestyles.

Lured by the promise of Wi-Fi (which I ended up rarely using), I spent a long 12 months last year moaning, whining and unsuccessfully battling with a Windows Mobile machine, so it was a great relief to all those around me when I finally ditched my i-mate JAM and bought a Treo 650 off eBay.

Although there’s no denying that there’s sleeker, slimmer and more modern smartphones out there, I’ve yet to find anything that matches the wonderfully simple and intuitive Palm OS and instinctive ergonomics of the Treo 650. 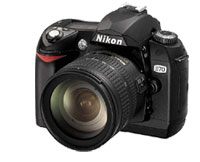 Camera
I’m still using my Nikon D70 bought some two years ago and the camera is still capable of some fine results, although I have been casting a few envious glances at some of the new dSLRs coming out from Nikon, Canon and Sony.

My current compact of choice is the 8 megapixel Ricoh GR which is a truly wonderful camera for street shooters who understand that the best way to zoom into a subject is to get off your backside and walk closer! 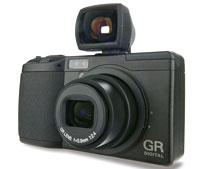 Clad is an understated logo-free black body, this isn’t a camera that’s going to get people’s attention when you’re out and about, but its armoury of full manual controls and user configured settings means that it’s a great carry-around shooter.

Enjoying a daily hammering of ska, punk, electro and indie tunes is the Pure DMX-50 mini Hi-Fi which I liked so much when I reviewed it last year, I bought the thing!

The ReVu facility – which lets you ‘rewind’ live radio and record it to a SD card – continues to prove an invaluable feature, and I can’t imagine life without access to DAB Radio and, in particular, BBC6 Music. 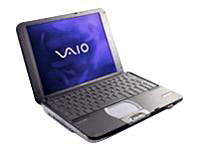 Now in its third year (that must be something like 70 years old in laptop years!), my Sony Vaio SRX51P is still doing the business, although with a mere 850 MHz Pentium III-M CPU and just 384 meg RAM on board, it can’t keep up with the new boys.

There’s Wi-Fi and Bluetooth onboard though and it’s still a pleasingly small and light (1.3 kg) machine, measuring just 25.9 cm x 19.4 cm x 3.2 cm and offering around 4 hours battery life (after a battery upgrade).

We’d love to hear from you what bits of kit make up your tech armoury. Write it up in an appealing way and you could see your work on Digital-Lifestyles.