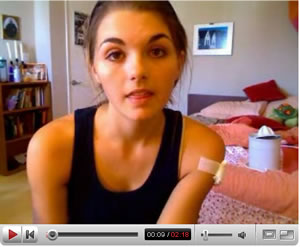 YouTube is continuing to get attention for the content it has on it. Not this time for alleged copyright violations, but for a young girl who has been appearing in videos about the trial and tribulations of her life. Her moniker? LonelyGirl15.

The controversy? She’s not what she might first appear.

At first glance it looked all very innocent. The videos are primarily shot from the corner of her room, where LonelyGirl15, or Bree as she called herself. talks about her parents, school activities, and consistent themes like, “proving science wrong”.

We’ve used LonelyGirl15 as an example of noteworthy content, when working with consultancy clients, helping them understand the shift that are continuing with media. We selected it because, we found it just a bit too questionable. 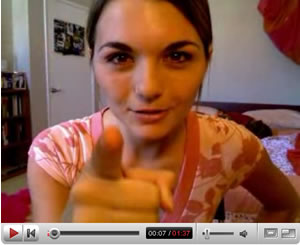 What raised our suspicions? It had always been shot on a video camera, high above a standard Web cam and edited in a self-consciously amateur fashion. The subjects she spoke about appeared just too ideal for the majority-male YouTube – geeky with relationship questions. Of course she was also very attractive. It was also strange that the music that was used in the tracks was always fully credited. We wondered if Bree was eventually going to start talking about products.

During a session, we showed her videos to senior advertising execs, they immediately smelt a rat with the way the Hiking piece had been shot. It convinced them it was manufactured.

It appears that some people who it also didn’t quite ring true for, did a bit of digging and found out that email responses from LonelyGirl15 actually came from within Hollywood powerhouse talent agency, Creative Artists Agency (CAA). Hmmm… the mystery deepens. More details of what has been discovered are available in the LATimes article.

Discussion in the blogosphere continues as to the legitimacy of LonelyGirl15, with a popular theory being that it’s a creation to promote a horror film.