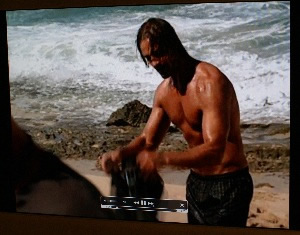 Apple has for once pre-announced a new product, codenamed iTV (which is unlikely to be the final name as they’d get sued in the UK for a start).

This is a media playback unit (about the same dimensions of a Mac Mini but half the height). It has a multitude of connectors on the back (audio and various video including HDMI). It connects to the network over wireless and can stream movies, music, video, photos, podcastsfrom iTunes or from Apple.com/iTunes store.