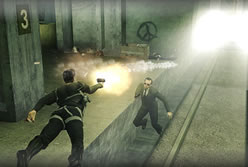 The second day of EIEF got underway with seminar on media convergence with the first speaker being Rosanna Sun of Velvetelvis.

Sun chatted about the genesis of Velvetelvis in the Wachowski brothers’ Matrix movies, giving an interesting insight into the beginning of the convergence of movies and games from the Hollywood perspective.

As a film producer, Sun was involved in producing The Matrix movie sequels when the Wachowski’s asked her to make video game at same time. They wanted to treat it as part of the movie, integrated with all the production elements of the movies.

Rosanna’s task was to coordinate the content across all the different companies and media involved in the whole Matrix project to turn it into a game. She told the audience of the huge effort required in getting all the different aspects to come together. 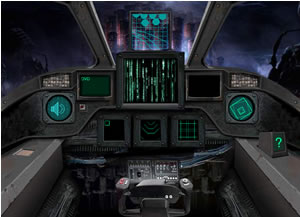 Each different media (movie, games etc) has different production schedules and sharing ‘assets’ amongst them became an enormous scheduling problem. Visual fx shots are typically done last in movies, for games they needed to be ready 6 months prior to launch. This meant some sequences had to be literally re-directed from movie sequences.

On the positive side, this process became a creative driving force, making all involved (visual fx team, set designers and wardrobe) think more creatively. Imaging material for the virtual game worlds allowed the teams to stretch their imaginations without being held back by the requirements of the physical world.

After her experiences on The Matrix, Sun realised she was working in a new world of convergence. She created a company with her partner (a visual effects designer) to do a further Matrix game. When that fell through, they decided to continue to utilise their hard won, cross-disciplinary knowledge to develop projects across the games and movie industries.

The company has worked on a variety of major projects including Sky Captain and the World of Tomorrow, 6 legged freaks, Matrix games, Swordfish, The Relic, Fantastic Four and Xmen 3. 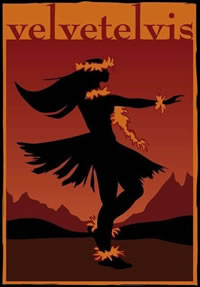 During Q&A
Following the presentation, Sun took some questions from the audience. When asked about the possibilities of developing into mobile games, she revealed that Velvetelvis was about to launch a viral mobile game in conjunction with the movie Crank. The game will allow players to rack up a score, arcade-style, and then forward it to their friends.

When a questioner observed that he had never seen a great movie become a great game or vice versa, Sun said “it’s about making a great story rather than game or movie. You need to step back from the product, think about the IP (intellectual property) and the content.”