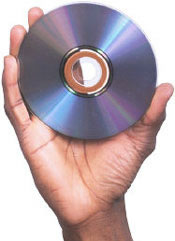 After refusing to entertain the idea for many years, the DVD Copy Control Association (DVD CCA), are ‘actively considering’ letting DVD to be burnt in-shops and by video download services.

The only caveat? ‘Special blank DVD discs’ would be require as they will use the current DVD protection scheme, Content Scrambling System (CSS). It also give the studios to charge consumers extra money for the disc, that they’ll use to burn films that they also be paying for (or are we just getting too cynical?).

It’s anticipated that early uses of this will be kiosks in public places, probably shops when the public will be able to select films, possibly the more obscure ones (see Long Tail), and walk out with a DVD disk that they can play in the DVD player. 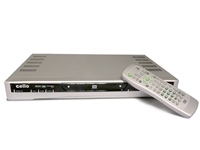 DVD CCA are saying that once they get that up and working, they’ll work on a version that consumer can use at home. They’re talking about letting it record films, TV shows – clearly predicting the time when TV programs will not be freely recorded. Some online services like MoveiLink have been considering this recently.

The DVD CCA is a vehicle for the film industry to control and dictate the technical specification of DVDs.

The film industry really had to do something to counter what lots of people are doing anyway, making copies of their DVDs to use in their holiday homes or in their cars. This has been made possible by CSS being cracked many years ago by Norwegian computer programmer, Jon Lech Johansen, otherwise know as DVD-Jon.

CSS was significantly flawed by its design, as it uses fixed software keys to encrypt the content of the DVD. These keys were kept secret, so when some of those became revealed, the protection was cracked.