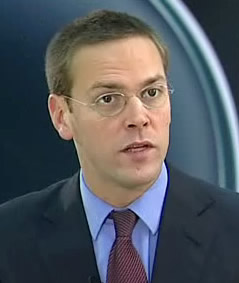 BSkyB results for the last year were broadly in line with predictions, but seasoned watchers of all things financial, recognise tell-tale signs of a flattening of the growth curve. The company has managed its spend on programming well, but technology costs remain high, with significant outgoings on expensive High Definition equipment, that won’t bring instant revenue returns.

Sky, as the company brands itself in the UK, looks increasingly like a utility platform-come-broadband wars‘ that are unlikely to see any great financial gains for those taking part.

As Telcos have become drawn into offering entertainment packages to make their own offerings ‘sticky bundles’ – that their customers are loathe to detach themselves from – the entertainment companies are forced to provide competing phone and broadband packages, along with the capability of on-demand TV downloads. This won’t be cheap, as Sky has already found to date with its Easynet purchase, and may prove to be more expensive, if they decide to acquire the UK AOL subscribers from Time Warner.

Sky’s average revenue per subscriber (ARPU) has dropped by £4 and along side this they’re facing stiffer competition from Freeview, the UK Digital Terrestrial platform. Freeview now has a free-to-air movie channel (Film 4) and is due to add two further entertainment channels provided by the UK channel ‘Five’ this autumn. Cost-conscious multi-channel homes will continue to gravitate to this low frills platform.

Sky, like pay-TV services worldwide, has a high churn rate, although its managed to reduce this, it remains somewhere over 10% (that’s the percentage of subscribers over the past year who ended their subscriptions). Achieving this has been costly with increased promotional spend and marketing offers to keep current subscribers signed, which has in-turn hit the bottom line.

James Murdoch the CEO of BSkyB told the corporate world that “Our industry is changing faster than ever before and for Sky, 2006 has been an important and exciting year.”

With the NTL/Telewest /Virgin mobile merger and its re-brand starting to gather traction, it looks like Sky can look forward to even more excitement in 2007.