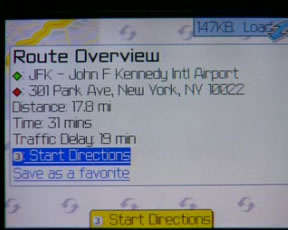 The ever-expanding selection of Google features just grew by one as they announce that they’re providing Live Traffic updates to mobile phones in 30 US cities and partial information in many others.

The traffic-concious will be able to fire their mobile phones up, look at Google Maps For Mobile (or GMM as those in the trade call it) and see the masses of traffic jams appear before their very eyes.

The most up-to-date traffic information will be sent directly to the users’ call phone, showing the severity of the delays on commuter routes using red, yellow, and green overlays. The amount of time the travelers are likely to be delayed is also shown on the mobile. 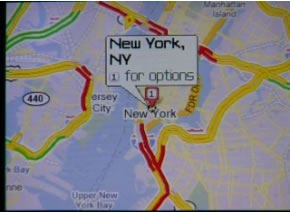 Google are slightly playing catchup with Yahoo on this one, as they been plotting live traffic on Yahoo Maps since March 2005.

Back in November 2005 we broke the story about the existence of GPS-using code in Google Local For Mobile, but this has yet to be officially enabled. 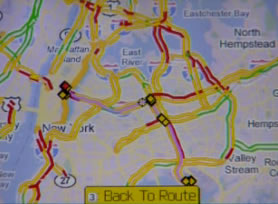 On the back of the Mobile Maps news, Google also announced that users now have the ability to customize the content that appears on the mobile version of their Personalized Homepage, making it even easier for mobile phone users to quickly get the information they need when away from their computers.