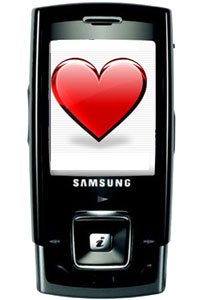 In the largest UK study of its kind, the Mobile Life Report has revealed our attitudes towards mobile phones and how they have impacted on our lives, with more than 90% of UK mobile users saying they can’t get through the day without using their phone.

More than 16,500 people were surveyed for the report, which was published by The Carphone Warehouse in collaboration with the London School of Economics.

Text-tastic
The report revealed that the British love affair with texting is still in full flow, with people sending an average 3.6 mobile text messages a day compared with 2.8 voice calls a day.

Not surprisingly, it’s amongst da yoot that texting is the most popular with 51% of 18-24 year-olds sending/receiving at least six text messages a day, but with only 15% troubling themselves to have six or more mobile phone conversations a day.

Better than the tele
In the same 18-24 years old age bracket, mobile phones were declared to be more important than television (26% to 11%), with the figure jumping to 32% for women in the same age group.

Thievery
Mobiles continue to be hugely popular with muggers/thieves, with nearly one in ten people (9%) reporting that they’ve had a mobile phone stolen.

Not unexpectedly, 18 to 24 year olds were found to be at the most at risk, with 17% of women in that age group having had their phone purloined compared with 10% of men.

Citizen journalism
People were also found to be ready and willing to use their camera phones to record evidence of a crime (50%), or to snap a crime in progress (47%), with more than a third (36%) saying that they’d use their mobiles to grab a mugshot of a passing celebrity or newsworthy event.

Sex and mobiles
With a keen eye to garnering some press in the tabloids, the research bothered to ask about ‘relationships and mobiles’. 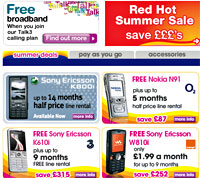 Lord knows why people bothered to answer these questions, but the survey found that a quarter of people bothered to disconnect their mobiles before indulging in a bit of hanky panky, with 11% switching them to silent (writer resists cheap joke about vibra-alerts) and 14% turning their phones off altogether.

The study also found that phones could be used to ward off unwelcome suitors, with over half of women under 25 admitting to getting out their mobiles in public situations to deter people from approaching them.

Tribes
For reasons best know to itself, the study also identified six tribes or groups of mobile phone users.

Generation Mobile – single, style conscious, 18-24 year olds who are students or working in their first jobs

Phonatics – single, employed folks aged 18-34 who elevate their mobile into being their most important electronic possession.

Practical Parents – young, cost-conscious families aged 18-34 who choose their mobiles for practical rather than style or function.

Smart Connecteds – affluent families and professionals aged 25-44 who use their mobile to organise their hectic work and social lives.