With the constant bombardment of advertising and continuous slew of new products and developments, it seems like technological change is faster now than ever before, but is that really true? Bob Seidensticker would like to suggest otherwise.

In a new book, FutureHype, Seidensticker sets out to explode the myths surrounding technological growth, “The Internet isn’t that big a deal. Neither is the PC. Abandon all your technology and live in the woods for a week and see if it’s your laptop you miss most.”

Seidensticker, a programmer and former Microsoft programme manager, believes that so much information about technology is misunderstood or left out that the remainder resembles a kind of mythology. This is a refreshing point of view especially if, like me, you’re suspicious that most technology doesn’t deliver what it promises.

Seidensticker sets about contextualising modern technological change by analysing the effects of older technologies. As well as reminding us how important earlier developments are now just part of the landscape (the telephone, electricity, medicines), he unearths some fascinating examples of technologies that never happened. For example, the fax newspaper, broadcast by dozens of US radio stations in the 1930’s and 40’s, provided several daily updates but failed to take-off. This is intriguingly similar to the shortly-to-launch service from The Guardian newspaper offering a regularly updated PDF edition. 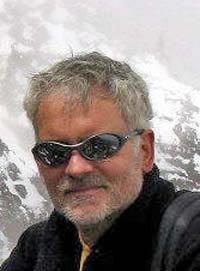 In other areas Seidensticker is less compelling. He sometimes glosses over details to make his point. Describing redundant proprietary software formats (WordStar is often cited as an example, the most successful word processor of its time, its file format is now unreadable by all modern applications) he neglects to mention developments such as Open Source software, XML or research into digital archiving, all of which are making progress to eliminating exactly that kind of problem.

On discussion of the Internet he asserts that “important applications aren’t new and new one’s aren’t important” a gigantic generalisation which, by his own arguments, is untrue. Sure, loads of current applications and technologies are simply developments from older ones and the great majority of them are not important, but, by his own logic, the chances are that the next big thing is already with us, just struggling to break through. It’s also more likely that it will not take the form of something that went before and so may be harder to recognise.

Quibbles aside, Seidensticker does make a good case and I found myself nodding in agreement with his assessments of new technology often being inferior to old (just compare digital TV to a decent analogue signal or an MP3 to a CD or an analogue recording) and how our garbage may be more permanent than our written records.

I did find myself wondering who FutureHype was aimed at? Many of Seidensticker’s observations don’t take a lot of thought to work out (anyone who cares to research even a little can find out that the Internet began in the 60’s, that there’s a law of unintended consequences or that technology is not always for the good), so anyone who is interested is likely to know these things already, and the general reader is unlikely to require this much detail. On reaching the final, slightly condescending, chapter – a list of do’s and don’ts that reads like a rather stuffy style guide – I realised that this book is for technology journalists.

On that level, FutureHype is a very useful primer about the way in which technology has affected society. Seidensticker does a solid and entertaining job of documenting the rather empty bravura that surrounds technology and its unpredictable and often unexpected effects. It’s a welcome addition to the burgeoning library of books about the rapid pace of change and one which provides a rather more sober and level headed overview. Nerdy tech-scribes will find it fascinating, a more general readership may be harder to reach.