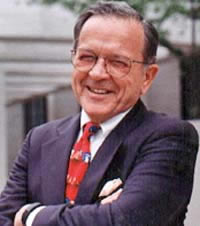 The US Democratic party has adopted net-neutrality as a party-political issue following the rejection of a second pro-neutrality amendment in a vote late last week.

Previously we reported on the demise of the first pro-neutrality amendment as part of the ongoing review of US telecommunications law.

The Senate Commerce Committee were tied at 11 for and 11 against, with Republican members voting against the amendment and Democrats for it. A majority vote is necessary for a bill to pass. Afterwards, Republican Senator for Alaska, Ted Stevens, gave his reasons for voting against the bill as well as displaying his obviously comprehensive grasp of the technicalities of the Web, “It’s a series of tubes. And if you don’t understand those tubes can be filled and if they are filled, when you put your message in, it gets in line and its going to be delayed by anyone that puts into that tube enormous amounts of material, enormous amounts of material.”

The Democratic party subsequently took up the issue with the slogan “Republicans: They sold the environment to Exxon, and sold the war to Halliburton. Now they want to sell the Internet to at&t.” 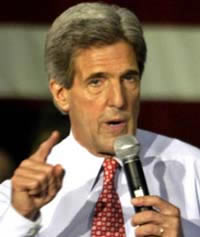 Former presidential candidate Senator John Kerry commented, “This vote was a gift to cable and telephone companies, and a slap in the face of every Internet user and consumer.” Another Democrat, Senator Ron Wyden, placed a ‘hold’ on the bill which temporarily stops further progress but a decision is inevitable and both sides are marshaling forces behind their cause.

Lawrence Lessig greeted news of Democratic support with caution, “Good for the Dems that they got it. Bad that the issue is now within the grips of party politics.” He acknowledged that, give the amount of money involved, political involvement was inevitable.

Many fear that the loss of net-neutrality will signal virtual civil war on the Internet and that commercial interests are having too much effect on the US Legislature. Jeannine Kenney, Senior Policy Analyst, Consumers Union offered a concise summary, “The network neutrality nondiscrimination principle, which protects competition, maximizes consumer choice, and guarantees fair market practices, is one step closer to being abandoned with the Senate Commerce Committee’s vote. This endangers the most important engine for economic growth and democratic communication in modern society. Nondiscrimination made possible the grand successes of the Internet. Its removal can take them away.”