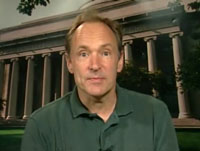 Imagine a world where Internet performance is controlled by the company who owns the cables and where speed is sold to the highest bidder. Imagine a world where some Web sites load faster than others, where some sites aren’t even visible and where search engines pay a tax to make sure their services perform at an acceptable speed. That’s the world US Telecommunications companies (telcos) such as AT&T, Verizon, Comcast and Time Warner are trying to create.

The debate centres around the ongoing review of the US Telecommunications Act and the concept of network neutrality (net-neutrality). The telcos have been lobbying congress to allow them to introduce priority services ensuring that the fastest data transfers and best download speeds are sold at a premium rate. The telcos position is widely seen to be in conflict with the most fundamental assumptions about what the Internet actually is.

To the lay person, it may seem like a laughable proposition. As Cory Doctorow (FreePress) put it, “It’s a dumb idea to put the plumbers who laid a pipe in charge of who gets to use it.” And yet the US congress is swaying towards the view of the telcos, so what’s going on?

The debate was kick-started in November 2005 when AT&T CEO, Ed Whitacre commented, “Now what they would like to do is use my pipes free, but I ain’t going to let them do that because we have spent this capital and we have to have a return on it. So there’s going to have to be some mechanism for these people who use these pipes to pay for the portion they’re using. Why should they be allowed to use my pipes?”

Whitacre’s argument boils down to the assumption that services such as Google and Yahoo are somehow freeloading on the infrastructure owned by the telcos. Cory Doctorow points out a fundamental flaw in his reasoning, “Internet companies already are paying for bandwidth from their providers, often the same companies that want to charge them yet again under their new proposals.”

As Doctorow and other commentators have observed, Internet users and businesses already pay proportionally for their use of the net, allowing the owners of the infrastructure to take a further cut distorts the market in favour of those with the deepest pockets and threatens innovation and the development of new services.

The debate in the US is split largely along partisan lines with Republicans favouring the telcos and Democrats siding with the pro-neutrality lobby. Since Whitacre started the debate, the telcos have promoted their case heavily using extensive television advertising and lobby groups. The pro-neutrality group (comprising the bulk of the industry) has organised itself with activist Websites such as save the internet and has signed up over a million individuals to its petition, but the campaign is not going well. On May 8th the House of Representatives passed the “Communications Opportunity, Promotion and Enhancement Act of 2006,” or COPE Act while defeating an amendment (the so-called Internet Platform for Innovation Act of 2006) that would have provided protection for neutrality. The next opportunity for progress comes this week when the Senate votes on Internet Freedom Preservation Act of 2006 which also carries a neutrality friendly amendment.

Today, the legal Website Outlaw reported that two US Attorney Generals (Eliot Spitzer and Bill Lockyer) have backed the pro-neutrality cause. Spitzer wrote a letter stating that “Congress must not permit the ongoing consolidation of the telecommunications industry to work radical and perhaps irrevocable change in the free and neutral nature of the Internet”.

Whatever Spitzer and Lockyer’s influence, many commentators believe this kind of corporate influence on communications can only lead to economic censorship. As law professor and copyright activist Lawrence Lessig said in 2004 “The Internet was designed to allow competition and let the best products and content rise to the top. Without a policy of network neutrality, some of those products could be blocked by broadband providers”.