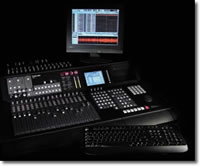 We’re frequently impressed with the observations of Marc Freedman from The Diffusion Group (TDG). This one is going to make for dark reading for those who work at music companies or those who own shares in them. Key quote – Technology has undermined the entertainment industry’s pretense of control despite its best efforts.
Mitch Bainwol, CEO of the RIAA, recently told CNET that digital music sales are “…rising at a value that is larger than the decline in physical sales” and that because of such trends there is “new optimism” for the music industry. Hate to spoil the temporary elation, Mitch, but it may be time to pause and reconsider.
Facing an Unpleasant Truth
A new Pali Capital report, US Digital Track Trends Weakening finds that while paid music download sales continue to grow year-over-year, sales have declined each week during the second quarter and are below last year’s year-to-date average.

But wait – doesn’t this data clearly demonstrate that average weekly unit sales have doubled year-over-year? Wow, this is great news! No doubt, but before the music industry pours itself another glass of champagne, we recommend a deeper look at the numbers.
The Pali report states that over the past nine quarters (since Billboard started tracking digital music sales) growth has never been less than 8% sequentially. That is, until now. In other words, for the first time since digital music download tracking was initiated by Billboard, average weekly sales are declining. 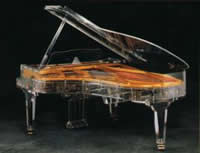 Digital music sales rose to a point where they essentially offset the decline in CD sales in 2005. (Bainwol was right on that point, but that was for last year.) With the hypergrowth behind it, digital music sales can no longer make up for the hemorrhaging of physical music sales nor will it return the music industry to its prior glory days.
Moreover, elements such as mobile music downloads, ringtones, and paid P2P will remain ancillary to the overall digital music business equation and, as such, will not make up for the shortfall in revenue. Growth in digital music sales was the primary means of offsetting this negative trend, and without continued growth in download sales, the damage of declines in physical unit sales will be more immediate.
Of course, this is bad news for online music sellers not named after a fruit. One can ignore competition when the market is exploding, but as growth slows and the market matures, competitors eventually find themselves squared off in a zero-sum environment – a context in which one gains market share only by taking it from someone else. In such an environment, branding and integrated offerings become critical to customer acquisition. Wouldn’t you know, these are precisely Apple’s core strengths. Apple may actually benefit from this trend, as it validates Apple’s ‘razor blade’ strategy and underscores the fact that the real money for Apple is in the iPod.
The Long-Term Implications
The long-term message is that the music industry’s real problems can no longer be obscured by success in the digital world. The transition to digital is not a panacea for what ails the music industry – the disease runs much deeper.

Unlike the transition from albums to CDs or video tapes to DVD, ‘going digital’ is not a simple format media transition. The use of digital technologies and the Internet has and will continue to fundamentally change how entertainment is created, stored, distributed, and consumed. Technology has undermined the entertainment industry’s pretense of control despite its best efforts.
For objective observers, there never was any doubt about the decline of the music industry. The predictions were issued several years ago. Since then, industry cutbacks, layoffs, and consolidations have been ongoing. Labels are focusing more on management, multi-channel merchandising, and Internet marketing, efforts which are by and large reactive and incremental.
Ironically, the digital music industry has long cried that “the sky is falling” because of a variety of different threats including piracy, iPod copying, P2P, and so on. But now when it seems the sky may indeed be falling, the industry appears to have gone blind, duped by its “new optimism.”
It’s time to put the rose-colored glasses aside and look at things a bit more closely. The sky does indeed seem to be darkening and this time you can’t wish it away.