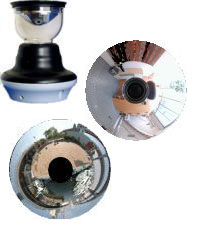 Japanese manufacturers Suekage are hoping that their new SOIOS 55-Cam 360’s unique ability to provide panoramic viewing angles and then relay them to 3G phones may make them a hit in the home security market.

The curious looking camera (it looks like an overgrown egg-timer to our eyes) offers three different vision angles; a conventional webcam ‘standard lens’ viewpoint, a panoramic 270 degrees and a complete 360 view. The system employs a CCD camera to take video images reflected on a hyperbolic mirror measuring 55mm in diameter.

Suekage’s omni-directional optical sensor (“SOIOS”) provides an ascending angle of 12 degrees and a descending angle of 50 degrees – measured vertically from the mirror’s focal point – giving a horizontal field of view over 360-degrees. 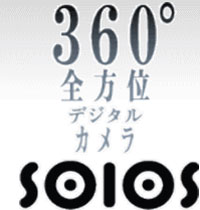 Well, that’s what their blurb said, and we’re not in the mood to get out a protractor and argue the toss, but that basic principle is: big curvy mirror = 360 coverage.

The webcam hooks up to PCs through a Firewire/IEEE 1394 interface, and images can then be streamed to a website for viewing on the user’s computer or mobile phone.

As soon as the system spots a purloiner in da house, the system bangs out an an e-mail to your PC or mobile phone with the ability to download a 15 second video clip of the bad boy in action. 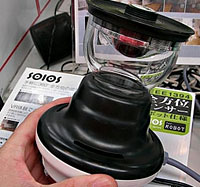 The disadvantage is in its 0.35 megapixel sensor which is only capable of delivering low quality VGA images. So low in fact that you may only end up seeing unrecognisable blobs for faces on your fancy-pants 360 webcam.

No pricing or availability has been announced yet.