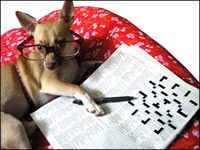 Do NOT read this report, if you’re fond of crosswords. Don’t say I didn’t warn you.

All you have to go on is the fact that there are three words. 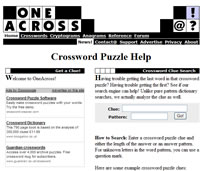 I was being pig-headed. I only had one guess left, and all I knew besides that was that the letter ‘c’ was not one of those used. And if I got it wrong, it was “game over” while if I got it right, it was a thousand points onto the total.

Ah (I thought) if only I could look it up in a crossword setter’s dictionary.

You may not have realised such a thing exists. It’s something a friend of mine had, back in the 70s. And I used to be very impressed by his ability to create crosswords, until he showed me how it was done. You simply look for words indexed by the second letter or the third, rather than the first. Or, the sixth, or the last.

Believe it or not, until I remembered my friend, it had never occurred to me to wonder where I might find such a dictionary; and of course, as soon as the thought occurred, I found Amo’s Online Crossword Dictionary.

From that I quickly got “park” as the plausible last word. The middle word looked like a choice between “waterway” and “national”. 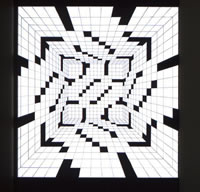 I’ll be interested to see if this means I never do crosswords again, or whether I now do them more frequently. Amo’s is bad enough, but One Across is even worse… so the temptation to cheat will be so hard! – and before Google, it simply wasn’t there. Welcome to the digital world where (as they used to say) “in a land without fences, who needs Gates?”

Only the guardian of the Garden of Innocence needs a gate; and once you’re throught it, can you ever go back. Unless, of course, the server is down.

Next challenge: “?eu?i??” – something that would have stumped me for hours yesterday. Today, I find myself saying “Challenge? What challenge?” Not a bit hard, is it?