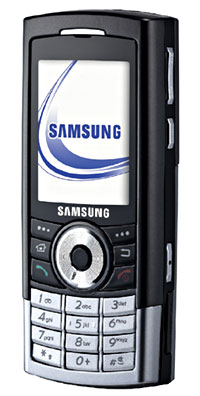 Samsung has announced the world’s first 8GB Hard Disk embedded smartphone, the SGH-i310, which is expected to start shipping in Europe during the second half of this year.

With a hefty 8 gig of onboard storage you can leave your iPod at home, with the Samsung offering capacity for around 2,000 songs.

The i310 is powered by the latest version of Windows Mobile 5.0 for Smartphone which makes it easy for users to transfer their music libraries from their desktop machines via USB 2.0 connectivity and a Plug & Play feature allows the phone to be used as a removable hard disk.

Will HD-smartphones kill off dedicated music players?
Pundits are expecting an onslaught of mobile phones using hard-disk drives as manufacturers continue to pack in memory-hungry functions and features into handsets.

Cornice, a US-based maker of mini-hard drives used in portable music players and mobiles reckons that the mobile phone disk drive market will explode at a compound annual growth rate of 325 per cent between 2004 and 2009.

The company expects to see around 72 million mobile phones with embedded drives shipped in 2009 out of a global total of around 1 billion handsets – making it bigger than the personal storage and portable audio player markets (Cornice predicts these to stand at 10 million and 43 million shipments, respectively, in 2009.)

The i310 will be shown to public at CeBIT in Hanover, Germany from March 9th to March 16th. No pricing for the handset has been announced yet.