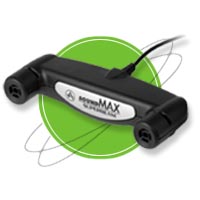 You’re thinking of doing your own podcast, I can tell. You were getting all excited about the new generation of digital microphones.

Microphones on laptops really are good quality – a fact which you could be forgiven for not noticing. You probably remember trying to make a voice note on an early notebook PC, and on playback, got something rather like an early 1910 bakelite recording of the sea, with a noise in the background that might (or might not) have been your voice.

Actually, the trick of getting a microphone – even if it’s a MEMS array – on a single chip is good, but what’s better, is the new array microphone technology.

It’s an extension of the idea of the two microphones of stereo, taking it up to eight. If you feed the sound from two points into a recorder, the two ears will be able to use the phase differences to concentrate on one sound stream. For example, you can make notes from what the Chairman said, even though your two neighbours were muttering about a donut right next to you.

Digital array microphones, however, are as good as the data stream they’re poured into. Imagine my delight to find that the default setting for OneNote audio recording is eight kilobits per second, mono. I found this out AFTER recording an Important Person at a press conference. I have no idea what he said; all I have is a recording of people coughing and creaking their chairs. I’m sure fellow-recorders have found the same.

Tomorrow, I’ll do you a NoteCast. It will be created using a digital array microphone on a Motion Computing Tablet LE1600 model. I’ll set the audio to CD quality stereo. Not only will it be clear as a bell, but it will be indexed, and you’ll be able to play back each section of the NoteCast simply by touching the indexed bit with your mouse pointer.

Excited? You are? Oh. Darn. I suppose I’d better do the Notecast, then…

Meanwhile you could amuse yourself by preparing by downloading an eval version of OneNote. It works just fine on any ordinary PC – you don’t have to have a Tablet.