Xara has been around for over a decade now, and although it may not be as well known as expensive rival programs like Illustrator and Freehand, it continues to offer astonishing value for money, providing ample power under the hood and enough tools to satisfy anything from graphic smudgers to arty pros.

Now known as Xara Xtreme, the vector-based program claims to be “the world’s fastest drawing program”, and we’ve certainly never seen anything as fast on our machines.

Compared to its big name rivals, this fella is a Billy Whizz in a world of Billy Bunters.

Complex objects can be moved around and transformed in real-time, so you won’t be entertained by egg-timer pointers or have to view pesky wireframe or boundary boxes when shunting graphics around the screen.

Although it isn’t the most modern-looking of programs, Xara’s sheer simplicity and power makes it a far less daunting program to master compared to many high-end vector programs, with new users guided by a set of excellent help files and 80+ short movie tutorials.

With an intuitive, customisable and familiar interface, there’s a refreshing lack of dialogue boxes floating about, with most changes being made via an option bar that instantly updates to show the relevant options for the active tool.

This launches when you double-click any imported bitmap image and offers basic photo adjustments like brightness, contrast and saturation, along with useful tools like cropping and red-eye removal. 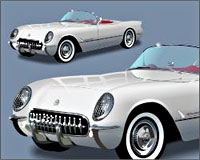 Imported images can be resized, have text added and then exported as JPEGs with control over compression settings.

Xtreme comes with tools for outputting optimised graphics for the Web, a NavBar tool, image slicing and image map support, but if you’re feeling low on inspiration, there are Gallery palettes packed with thousands of ready-made items which can be downloaded off Xara’s site.

Xara should easily fit into most user’s workflows too, with support for all the common vector and bitmap graphic formats, including Flash, AI (Illustrator), Corel DRAW, TIFF, GIF, PNG and PDF, and offers integration with Adobe/Macromedia’s Dreamweaver and Flash software.

The verdict
Once again, we were knocked out by the performance, superlative speed and graphics capability of Xara, but we’ve kept the best bit until last: the price.

At just $79 (~£46, ~e66), Xara Xtreme retails for a fraction of the price of its rivals and with its sophisticated and powerful set of tools can only be considered an absolute bargain!