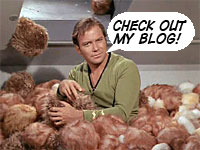 It looks like the world is going blog crazy as the number of blogs online doubles every five and a half months, with a brand new blog being created every second.

That’s the claim made by blog trackers Technorati, whose online service indexes and searches blog postings across the globe.

The company is currently tracking more than 27 million separate blogs around the world – around 60 times more than what was online three years ago.

According to Technorati, around 2.7 million of those blogs are updated at least weekly, with something like 1.2 million total posts appearing every single day. New blogs are appearing at a rate of over 75,000 every day with an average of fifty thousand blog posts being recorded every hour.

The figures were released by Technorati founder David Sifry in his “State of the Blogosphere” post on Monday.

“At (this) rate, it is literally impossible to read everything that is relevant to an issue or subject,” Sifry noted, adding that the sheer amount of information presented a new challenge to readers trying to find the most interesting and authoritative data available. 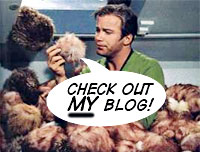 It’s not all good news though, with Sifry revealing that “about 9% of new blogs are spam or machine generated, or are attempts to create link farms or click fraud.”

We’ve certainly suffered from spammers scooping up our content and reproducing it on their own, unrelated blogs in an attempt to drive traffic elsewhere, and these fake blogs are making Google blog searches a frustrating affair.

Sifry announced that Technorati along with tech companies including all the major search engines will be working together in another “Web 2.0 Spam Squashing Summit” this spring to form strategies to combat this growing problem.