Yesterday piece raised the questions of where the Conservatives thinking may be on UK Telecoms, Media, and Technology (TMT) sector. Today we outline how we intend to find out more. 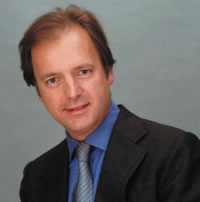 So where do we start?

Well, initially we hope to meet with and interview Hugo Swire, MP (Shadow Secretary of State for Culture, Media and Sport) and John Whittingdale, MP (Chairman – Media, Culture and Sport Select Committee). Both will be important figures in developing coherent, cohesive and workable policies for the party in this area and we hope interviewing them will provide us insight as to the likely direction of travel on some of the main issues.

There are also a number of other bodies within the party looking at issues impacting the TMT sector – such as the Conservative Technology Forum – and we hope they may also meet with us to outline their current position and work on these issues.

There are a range of immediate issues where we think the U.K. can benefit from the Conservative’s input:

Do the Conservatives have something different to say on these and possibly other equally-important issues? We want to uncover areas of contention and, alternatively, areas of consensus. Ultimately we want to highlight the importance of this policy area, and ensure that it is at the forefront of the party’s offering in the future – after all, technology is the future. 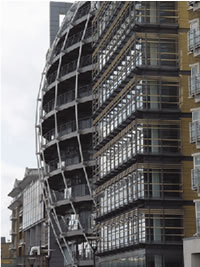 Naturally, there will always be those who say regulatory decisions made by organisations such as Ofcom are ‘independent’ and ‘evidence-based’ and therefore would be valid whoever happened to be in government. However, most people know Ofcom is ultimately a product of the government who created its remit – New Labour – and who on occasion have allowed the notion of ‘evidence-based’ regulation to underpin a culture of third party ‘experts’ who decide policy matters with a minimum of public participation or scrutiny.

Of course, any ‘evidence’ rarely, if ever, just points to one policy outcome. Regulation is always discretionary – it needs to be in order to be flexible enough to be applied coherently – but accordingly it is also always political.

It won’t have escaped anyone’s attention that senior appointments at Ofcom are made by or approved by the Secretary of State – is this what is meant by ‘non-political’? Surely very few people are really convinced by the notion of regulatory independence. Political context defines any regulatory outcome to an extent.

We should note at the outset that we certainly don’t already have answers as to what the Conservatives should be doing in this area. However, we do believe it would be beneficial for everyone if they engage in these issues and push them to the fore. We hope that this challenge will be of as much interest to the Conservative Party as it is to us.

We will keep you posted as to how we get on.