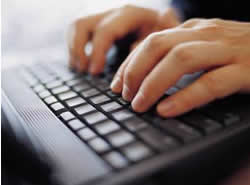 Some people get rather too carried away with online communities, and we’re safe in saying that Scott Leo of the City of Toledo in Ohio, USA.

Not unusually in the online world, Mr Leo took a female form online, under the pseudonym of “Sassy Sarah”. He extended this to include a photo of an alluring blond, and posted as if he were a female.

He was no slouch, ending up with 6,622 postings since August, averaging at 45/day.

His down fall came when a ‘concerned citizen’, Mike Brubaker, a resident of Tennessee raised the issue on 27 December, after getting concern that they Cities money wasn’t being spent wisely.

“My son comes to me and says, ‘This person works for the city of Toledo,'” said Mr. Brubaker. “He said, ‘Are you allowed to look at sports Web sites while you’re at work?’ “

After investigations, it was found that slightly rabid poster has accessed the site 19,200 times between Aug. 18 and Nov. 2 by computers near Mr. Leo’s, all using his password.

Robert Williams, director of the Department of Public Utilities, has responded by saying that he planned to introduce controls of Internet access when sites “receive an inordinate number of hits.” 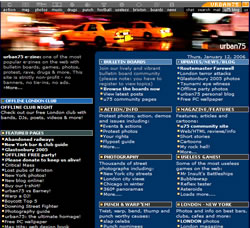 This kind of behavior isn’t unique online. To get the lowdown, we spoke to Digital-Lifestyles’ Mike Slocombe, who has a parallel life as head honcho and founder of UK discussion board Urban75. It’s a seriously busy board with nearly 2.5 million postings and over 26,000 members.

Mike said it’s not unusual for some of his more keen members to post over 45 messages a day, with the highest being 80/day. Not surprisingly a number of the members have received warnings from their work places, some receiving official warnings.