Digital-Lifestyles is pleased to have Lawrence Dudley writing for us. All too often articles about the things teenagers are interested in are written by people old enough to be their parents. What teenagers are thinking isn’t represented. Lawrence will give you a point of view that you won’t find in other publications. You see Lawrence _is_ a teenager. 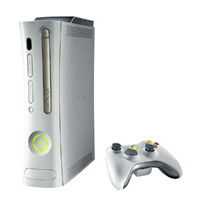 The Next Revolution Is Here… Or Is It?
Of course, the big news this week is the launch of the xBox 360. I say big news, but to be honest, there has been very little mainstream media coverage of it, at least as far as I have gathered. The only things I heard about it, other than that it had been launched, was that they were in short supply, that one (or more) have been crashing, and that the New York Post warns consumers not to buy a 360.

Of course, I don’t want to spoil the fun for anyone, I’m not like that. There are a lot of reasons to upgrade from the previous version of the xBox: Apart from better graphics and a nicer looking box, there isn’t the danger of a 360 setting your house on fire like it’s predecessor came close to doing. Proof, I suppose, that the xBox really did smoke all the other consoles ;-)

With mediocre initial reports I’ve started thinking that maybe the xBox 360 isn’t quite the 3rd generation of consoles that it has been made out to be. It’s a shame, but it has been described by original xBox fans as “more of the same”, which is really saying something, as the fan-boy community tend to be almost fanatical in their support of their chosen platform.

Still, it’s not all bad: There are some interesting early finds about the new xBox, for instance, that it sports full iPod support, something which I find extremely surprising, as Apple are one of Microsoft’s competitors.

I’m really not (too) biased on this topic: I genuinely believe that the new xBox is a bit of a flop. Overall I think that while the new it’s surely a good piece of kit, I don’t think it’s quite the revolution that the first one was. Indeed, it seems very much a product launch designed to complement the old xBox as opposed to replacing it.

But then again, I, along with the majority of the UK have yet to see it. Perhaps when I do, that will all change.

Perhaps it’s just a matter of time. A few revisions down the line, the 360’s should have a lot of bugs fixed and a few better games will have been developed.

Oi! Microsoft! Either bring the price down quick, or don’t sell many of them. The choice is yours Bill.