Two thieving Bulgarian border officials were caught red-handed after their attempt to steal a high tech phone from US ambassador John Beyrle was foiled, thanks to the handset’s built in GPS tracking device reports The Inquirer.

Apparently, Beyrle was travelling from Varna to Hungary and it was during the customary x-ray inspection of hand luggage that his expensive phone went walkabout.

The Ambassador kicked up a fuss, but airport staff and customer officers all claimed that they hadn’t found the phone. 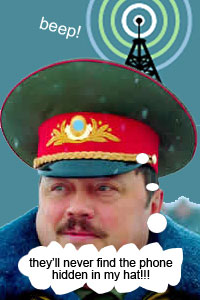 The purloining picaresque pair looked like they’d got away with pocketing the phone until Beyrle flipped open his laptop, activated the phone’s GPS (Global Positioning System) and waited to see where it would appear onscreen.

It turned out it wasn’t far away, nestling deep inside the pocket of the bent customs official.

Bulgaria’s Interior Ministry said the two policemen would be fired and prosecuted and their superiors disciplined following the incident.

The Inquirer Website also reports that it’s considered fair game for dastardly bureaucrats to swipe the electronic gadgets and expensive gizmos from foreigners passing through Bulgaria, with a large amount of foreign post regularly disappearing. 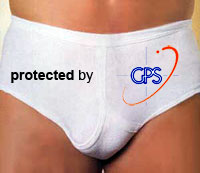 Faced with such large scale larceny, regular travellers to the country may be wise to consider fitting GPS tags to all of their belongings.

GPS underpants anyone?
The Inquirer