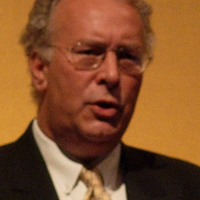 The UK production and development community is in danger of losing out to competition from overseas if it doesn’t wake up to the potential of mobile TV, said Mark Selby, Nokia’s Global Vice President for Multimedia, (pictured right) at the inaugural Mobile TV forum in London today.

“There is already activity in many other markets,” he said. “The UK is perceived as a technology capital by the rest of Europe, but it could lose this advantage. Its approach to mobile TV is being seen as luddite.”

Nokia has staked its claim on DVB-H (Digital Video Broadcasting for Handhelds) as the best technology for future delivery of mobile TV services. DVB-H is a one-to-many technology; it’s cost effective and provides what could be seen as highly attractive content to consumers (ie. like existing broadcast TV channels). 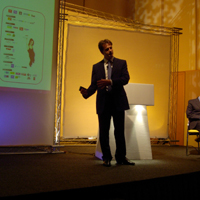 But many claimed that the lack of spectrum is holding DVB-H back in the UK.

David Harrison, senior technology advisor at Ofcom, (pictured left) also speaking at today’s conference, confirmed that no new spectrum would begin to be available until the start of analogue switch-off in 2008. [Ed: Following that they’re keen on a spectrum auction, see below for further information on their current proposal]

Harrison’s comments left the floor wide open for Glyn Jones, Operations Director, Digital One, (pictured below right) to remind the audience that there is an alternative to DVB-H – Digital Multimedia Broadcast (DMB). There’s no coincidence about his comments – Digital One owns the spectrum for it. 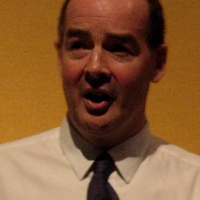 Digital One owns the UK’s only nationwide commercial DAB multiplex – but the capacity allocated for DMB is minimal.

The word in the halls over coffee was that recent events such as London winning the 2012 Olympics and the London tube bombings, are causing the UK Government to re-think its mobile TV strategy. Mobile TV could have a positive use in mass crowd control, telling people what to do should another terrorist attack happen.

In the next 12 months, Nokia will be hoping for a change in policy.