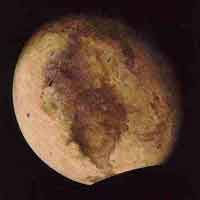 Send Your Name To Pluto
No, that wasn’t a typo just then: It was actually true! This is the latest in space exploration efforts, and it’s destined for Pluto. With it, will be a list of names, and the space probe is destined to return to Earth in 50,000 years. What names, I hear you ask. Well, any that are submitted here. What a great idea! There’s even a searchable list of all the people who’ve already put their names down on the list. Go look for mine, ‘cos I’m going to Pluto!! 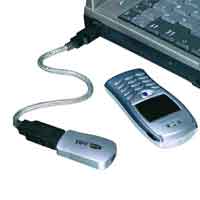 It’s fast, but why? Nice solution, but where’s the problem?
I personally had all but forgotten Infra-red as a data transmission means: It’s slow and line-of-sight only. Also, everything now has Bluetooth instead or as well as it. That’s why I was so surprised by the announcement by The Infrared Data Association that they have developed and adopted a new high-speed Infra-Red protocol promising speeds of up to 100Mbit/s. While faster is almost always better, it’s got no real-life use anymore in my opinion. Who still wants to precariously line up two devices on their lap in a bumpy train when they can leave one in their rucksack and instead connect to it over Bluetooth? This whole thing left poor little me very puzzled.

That’s… Fast!
The Register has a nice story this week about a start-up company challenging the heavy weights like Dell. Apparently, Azul Systems have released a computer sporting 1,248 processor cores with 800GB of RAM that, when running, only draws 9.1KW of power. To put that in perspective, a typical hair dryer weighs in at about 1.5KW. This means that this computer with 1,248 processor cores has the same electricity requirements as six hair dryers. A comparable Dell machine with the same amount of cores on the other hand would require 37 times more electricity, which equates to 307KW o electricity or 204 hairdryers. This is a lot by the way. So the Dell one might be cheaper, but with a kWh (kiloWatt hour) of electricity currently costing around 7pence, the Dell would be costing over £20/hour (~$36 ~€29) to run, whereas the Azul Systems machine would only cost around 63pence/hour. Over the period of a year, the decreased electricity consumption of the Azul Systems machine would pay off.

Whether this challenging of the big players in a crowded economy is going to work or not will be decided in the future and is impossible to predict now, but I know one thing: When I have US$800,000 kicking around in my pocket, I would like one of these. Imagine the frame rate on Quake3!! (Sorry…) 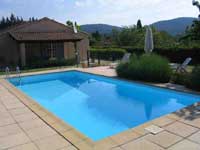 Big Brother is Everywhere
Here’s an unusual one: An array of cameras in a swimming pool coupled with a state-of-the-art detection system. CCTV? No, this is a way of monitoring swimmers and alerting lifeguards when they’re drowning.

The company making the system are called Poseidon, and they have their systems installed in various pools world-wide. They have some cool images taken by their camera equipment documenting various rescues here.