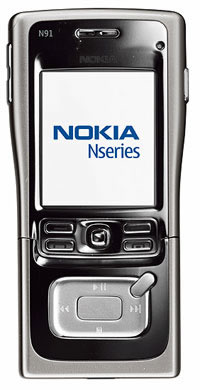 Speculation about Reuters reported than Kari Tuutti, spokesman for Nokia’s multimedia division said, “There is no commercial agreement between Nokia and Apple to integrate iTunes into the N-series devices.”

In a making-the-most-out-of-a-difficult-situation way, Kari went on to say, “But since this is based on a computer platform, anybody — including Apple if they so wish — can very easily develop this kind of application and offer it to consumers, via the Internet for example.”

Apple have publicly been working with Motorola to take iTunes to some of their new phones, including the E680i and E725.

As you’d imagine with any story attached to iTunes, there’s been a lot of excitement and words written about the now long promised beauties from Motorola. As yet, they haven’t been seen in public – which we feel must be pretty embarrassing for them. Reuters reports that one of them should be with US operators by the end of September.