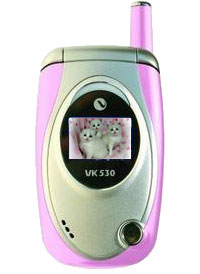 With a survey that could be described as pointless fluff at best and patronising drivel at worst, Vodafone D2 have trotted out the details of their ‘Women and Mobile Phones’ market research survey.

In other words, they can use mobile phones just like everyone else.

After wading through pages of the depressing minutiae contained in the report, I can reveal that one-third of women trust their own judgment when buying a phone, with the rest asking their husband, boyfriend, or a sales assistant (lesbians don’t seem to exist in this survey).

Vodafone’s survey tells us that women – just like the other half of the human race – are price conscious, with the operator’s tariff being ranked as the most important criteria (71 percent) for purchase, followed by the handset price (66 percent)

The report claimed to be “surprised” that the ‘typical female’ criterion of colour was only accorded a priority ranking of eleven out of a total of sixteen criteria. 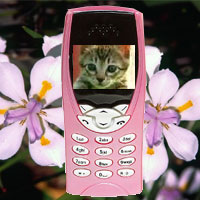 Neatly half of women use the camera on their phone with 37 percent of respondents citing the provision of Bluetooth for wireless data transfer as important.

In another startlingly obvious conclusion, the survey reveals that games are used most frequently by the 14-19 years age group, and that camera, video and music functions are becoming “increasingly popular.”

Wow. I bet you didn’t know that.

The report seems almost disappointed that the ladies weren’t lining up to register their approval of pretty pink phones with sparkly bits on, with half of all respondents stating that mobile phone accessories are unnecessary ‘fashion gimmicks.’

Plumbing the absolute depths of irrelevant detail, the survey found that more than half of the women said that their favourite place for making mobile calls is a comfortable sofa, with 43 percent sitting on the patio or balcony and 31 percent preferring to make calls in bed. Fascinating stuff!

There’s even a bit at the end where the report tries to link the impact of mobiles on relationships between men and women, but we’d just about lost the will to live by then.

And so the report drones on in a never-ending stream of dreary stats of little consequence to anyone – and with no comparative stats for men’s mobile phone usage, this survey is not only one of the dullest we’ve ever read (and boy, we’ve seen some corkers!), it’s completely meaningless too.