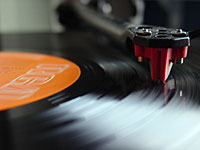 The UK record industry trade association the BPI has revealed that download sales in 2005 have raced past the ten-million mark – almost twice the amount for the whole of 2004.

Sales are racing ahead of last year’s 5.7 million legal download total, with 5,562,638 single track downloads registered between April-June 2005 compared to just 659,377 for the same period last year – up a thumping great 743.6% for the quarter.

Purring wildly, BPI Chairman Peter Jamieson said: “The record industry has enthusiastically embraced the new legal download services since their emergence in the mainstream little more than a year ago and now we’re beginning to reap the rewards.” 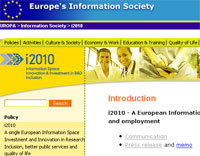 Illegal music downloads remain a thorn in the side of the industry, but the growth in legal downloads now outstrips the growth in dodgy file sharing with Jamieson adding, “The battle against illegal files-haring will continue, but we are delighted to have hit this milestone so soon”.

Big gains in DVD single sales have compensated for the continuing decline in CD single sales (down 23% to 5,721,873) with an overall 52.4% improvement in single sales being recorded (including downloads).

Once again, the death of trusty old vinyl has been exaggerated, with quarterly sales for seven inch vinyl up by 87.3% on last year, although figures are comparatively small (288,780 between April-June 2005 against 154,216 for the same period last year).

Data compiled by the BPI shows annual sales of seven-inch vinyl singles climbing up to 1.4 million units, representing a huge 64% improvement year-on-year – the best 12 months for the format since 1998.

The resurgence of vinyl has been attributed to British indie and rock acts love affair with their near ancient format, with bands like Iron Maiden’s, Libertines, Babyshambles, Kaiser Chiefs and Franz Ferdinand all releasing songs on vinyl.

BPI Chairman Peter Jamieson added: “Despite the incredible growth in download sales, there is still a huge demand for the collectible physical formats. It would be wrong to write-off physical formats just yet. Record companies are committed to meeting consumer demand in whatever format people want their music”.