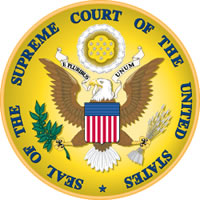 Yesterday the US Supreme Court published their 55-page decision in MGM v. Grokster case. The headline summary? The file-sharing software companies lost and the media companies won. Delve a little deeper and it becomes more confusion.

Predictably reaction has been mixed. The Motion Picture Association of America (MPAA) hailed the court’s ruling as a “historic victory for intellectual property in the digital age.” On the other side of the fence, the EFF reaction was an expected contrast, “Today the Supreme Court has unleashed a new era of legal uncertainty on America’s innovators,” said Fred von Lohmann, EFF’s senior intellectual property attorney. “The newly announced inducement theory of copyright liability will fuel a new generation of entertainment industry lawsuits against technology companies. Perhaps more important, the threat of legal costs may lead technology companies to modify their products to please Hollywood instead of consumers.”

Background – How have we got here
As is well documented, the US media companies have been taking legal people who have previous been their customers, accusing them sharing music and films without authorisation. In many cases these people, or their parents have opted to pay a thousands of dollars in damages to the music companies, rather than risk going to court to defend themselves.

The media companies have found this approach very expensive as each of the people using the filesharing software has to be tracked down and pursued individually. As the file-sharing networks have millions of people using them at any given times, this is not a realistic way for them to stop these actions.

The media companies have, through their well-know and influential political lobbying, attempted various approaches to stop their media being shared without their permission – the most extreme so far was trying to make using P2P software illegal in the US. Happily, so far, this extreme idea hasn’t been successful.

Broad-brush approaches like this hurt the innocent as well as the people the media companies want to stop. P2P software such as BitTorrent is simply more efficient, economical way to distribute large file, such as audio and video. Digital-Lifestyles often uses BitTorrent as it reduces our hosting charges, as people who download the file also become distributors of the file, reducing the load on our servers.

Taking the direct approach
While going after individuals has, in the eyes of the media companies, has been successful, it’s expensive and time consuming. Yesterday’s ruling was about going after the makers of the file-sharing software – with the logic being, if you close them down, people won’t be able to share files.

Back in 2001 28 of the world’s largest entertainment companies started this legal action against the makers of the Morpheus, Grokster, and KaZaA filesharing software products. A number of legal cases have already been fought in the lower US courts, with the most recent finding going in favour of the defending file-sharing companies – Grokster and StreamCast, makers of Morpheus.

The Electronic Freedom Foundation (EFF), who have been assisting the software companies in their defense, felt a precedent had already been made for this. Back in the 1984 the US film studios went after the makers of video recorders, claiming that if there were to be sold the whole of the film-making business would vanish. The Sony vs Universal Studios case, or The Betamax Case, as it has more popularly become known, ruled that the manufacturer of a piece of equipment could not be held liable of uses that might infringe copyright. In legal circles this is know as Secondary liability.

(By a twist of corporate fate, Sony now owns MGM)

Where we are now
The ruling yesterday appears to be contrary to the findings of the Betamax Case. Justice David Souter said “We hold that one who distributes a device with the object of promoting its use to infringe copyright, as shown by the clear expression or other affirmative steps taken to foster infringement, is liable for the resulting acts of infringement by third parties.”

If a company makes and sells a device that is then used to distribute copyrighted material, the company is acting illegally.

While the court case is about software, it is important to note that the ruling isn’t just about software, it talks of a ‘device’. So this ruling could have impact on any service or piece of equipment that handles copyrighted material, be that Google, TiVo, iPod, etc.

While the media companies have met the ruling with excitement and delight, others are quite as sure. The sticking point is the use of the word Intent.

John Barrett, Director of Research at Parks Associates told Tom’s Hardware “I suspect [litigants] will spend the next five to ten years arguing over what exactly is ‘intent.’ The issue is, is it enough if you make everybody digitally sign off on some disclaimer that says, ‘I’m not going to use it to trade illegal files?'” Will networks have to actively search for and purge illegal files, or filter out files from being disseminated, or only allow certified content to be traded? Barrett asks. “It’s going to be a mess, because you’ve got to start down that road where the P2P guys are obviously going to try to paper over something with some disclaimers and a few splashy warnings, that just get ignored by everybody.” By way of comparison Barrett added, “It’s the same thing as when you go to the college library, [and] you see this little sign by the Xerox machine saying, ‘Copyright infringement in this area is a crime, etc., etc.,’ and then everybody just copied the books and ignored the sign.”

Others have brought forward the comparison with gun manufacturers. When guns are designed and manufactured these companies are not called to account when someone is shot dead by one of their products – considerably more serious that someone copying a piece of music or a film. The cited argument is “Guns don’t kill people, people do.”

What the future will hold?
Well, the debate will rage on both sides as to the long terms effect of this ruling.

On the legal front, the case has been sent back down to lower courts in the US, where the future fate of the file-sharing companies could be sealed.

Beyond that, many man-years of chargeable legal hours will be racked up as spectrum of companies try to understand how they are effected.

Many companies or trade organisation that have any thing to do with Intellectual Property Rights (IPR) will come out in the press supporting the ruling, many other will come out decrying it.

There will be a lot of people in tech companies convening meetings attempting to work out if they or their products could be affected by this ruling. Companies will examine their own internal processes in an attempt to understand if they could be found guilt of providing intent of copyright infringement.

As to whether this will impact the very existence of innovate start-up companies in the US, as Cory Doctorow claimed in a piece in Popular Science, can only be reveled with time, “what today’s decision will kill is American innovation. Chinese and European firms can get funding and ship products based on plans that aren’t fully thoughtcrime-compliant, while their American counterparts will need to convince everyone from their bankers to the courts that they’ve taken all imaginable measures to avoid inducing infringement.”