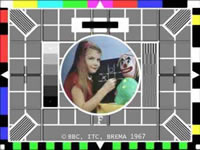 Following Ofcom publishing its new broadcasting code earlier this week, Russ Taylor of ofcomwatch outlines his reasons for disliking the R18 ban. He makes good points about the difference between IP delivered content and that which is broadcast. Simon

I’m going to stop banging-on about the Ofcom R18 ban (eventually), but I thought I would share a few thoughts about the decision:

2. The decision also has a social impact: There was straight, uncritical reporting of the ban in the trade press. Privately, some people have told me that they thought the Ofcom research was shoddy. In fact, one former content regulator told me he was ‘angry’ with the decision. But, there seems to be a general intellectual consensus that there is a difference between ‘freedom of expression’, championed by British academia and the likes of the Guardian, and ‘porn-campaigning’ which is some lower form of freedom.

3. Ofcom’s reputation was going to be damaged no matter what it did on this issue. If the regulator permitted R18 content, there would have been a firestorm. If the regulator banned it, the flimsy reasoning used for the ban would be attacked. One decision (a lift of the ban) would have been evidence-based, the contrary decision (maintaining the ban) would have been political. Ofcom is a utility-maximiser and went with the route with the least amount of pain. That’s how I see it. I’m willing to be convinced otherwise – by Ofcom or others… so feel free to write us and share an alternative opinion.

4. Speaking of flimsy reasoning, the ‘PIN protection’ argument advanced by Ofcom has been universally castigated–by those willing to speak out–as weak and illogical. Of course it is. Many adult activities, such as driving, voting and the viewing of adult content, are restricted to minors, and those restrictions are sometimes porous. Underage minors have always done things that they are not supposed to. That possibility, however, has never been used to restrict the freedom of adults. Until now.

5. In any case, minors will still access R18 over the internet or by raiding their parents DVD collection. God forbid, they will probably also create their own R18 content! So, the regulation is mostly ineffective. The regulation is also not platform or technology neutral. I suspect Ofcom will be successfully challenged on this extremely weak (and non-converged) justification for its decision. But going back to my point no. 3, above, it is a better political route for Ofcom to have a judge tell them the ban cannot stand. It is also a better political route for Ofcom to maintain a ban that is ineffective.

6. I’m concerned that the LSE research on R18 harms and the YORG research on PIN protection were held and not released until the day that the code was released. Matt Peacock of Ofcom previously posted on OfcomWatch and stridently indicated that Ofcom does not tactically time the release of documents. But I was told by LSE that there research was completed in early March. Why was it not made available to the public until May 25th — too late to attack the flimsy reasoning behind the R18 ban? Perhaps Ofcom can shed light on this.

Russ Taylor is a co-founder of ofcomwatch.