Despite prices being pushed downwards by fierce price competition, worldwide wireless LAN equipment revenue rose 20% to US$767.6 million (~£420m ~€610m) between the fourth quarter of 2004 and the first quarter of 2005.

During that period, a grand total of 12.2 million units were shipped, the highest quarterly volume to date, according to a report from Infonetics Research.

As the world goes bonkers for broadband, the demand for wireless broadband routers has soared accordingly, registering a hefty 34% increase in revenue between 4Q04 and 1Q05 generating $328 million (~£173.8m~€253m). 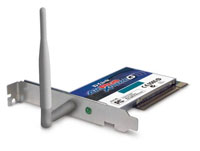 Naturally, the manufacturers want to keep the cash flowing in their direction, so have been busily slapping on new product features to generate replacement purchasing.

“As more and more users explore the possibilities of media download and file sharing applications they are finding that this easy-to-use device uncovers the true potential of their broadband connection. And with 802.11n and even faster throughput speeds on the horizon, the wireless router segment will ride the crest of the global broadband wave.” 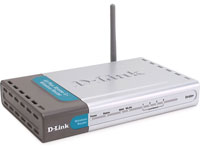 D-Link barged ahead of Cisco-Linksys to grab second place, with NETGEAR in fourth position.

Just in case you, dear reader, haven’t had quite enough facts yet, allow me to inform you that the report revealed that access points account for 71% of wireless LAN equipment revenue, NICs account for 13%, and infrastructure products, including wireless LAN switches, appliances, controllers, and mesh networking gear, account for 16%

SOHOs and consumers make up just over half of wireless LAN equipment revenue (51%), down from 53% in 4Q04 while service providers and enterprises make up the rest.

Finally, a little geographic fact flurry to end with: North America accounts for 45% of wireless LAN equipment revenue; Europe, Middle East and Africa for 30%, Asia Pacific for 21%, and Central America / Latin America for 4%.

So now you know.