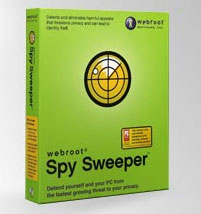 Based on their scans from the first quarter of 2005, the vast majority of corporate PCs (87 per cent) were also found to have undesirable programs or cookies lurking within.

Excluding cookies, more than 55 per cent of corporate PCs contained unwanted programs, with infested consumer PCs crawling with an average of 7.2 non-cookie infections.

Dastardly system monitor programs (key loggers) were found in seven per cent of consumer and enterprise PCs scanned using Webroot’s software, down from 19 per cent in Q4 2004.

Lallygagging trojan horse programs were found on 19 per cent of consumer PCs and seven per cent of enterprise PCs, a figure unchanged from Q4 2004.

“To combat spyware effectively, the anti-spyware industry must be fully informed about the origins of spyware, its growth path and the impact it has on consumers and businesses,” warned David Moll, CEO at Webroot.

“Our previous Quarterly SpyAudit Reports have provided a numerical analysis of spyware’s growth, but our industry has been lacking a comprehensive resource that fully documents the spyware threat. The State of Spyware Report fills that void and delivers the most in-depth, expansive review and analysis of spyware to date.”

Although these figures seem disturbing, many industry eyebrows have arced skywards at Webroot’s figures, with an article in Techdirt suggesting that the company might be trying to pump up its own value by exaggerating the threat.

The scathing piece points out that Webroot is using a highly controversial method of including “mostly harmless tracking cookies” and lumping them in with spyware to boost the apparent size of the market.