BBCi has launched a programming service for digital satellite viewers showcasing short films made by ordinary folk across the UK.

Commissioned by BBC New Media and developed by BBC Nations and Regions, the service – dubbed “Your Stories” – is accessible at any time by pressing the red button on the remote control.

The program features content generated under the auspices of two BBC projects designed to give people the skills to make short films about their own lives: Video Nation and Digital Stories. 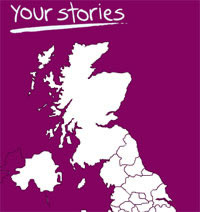 It was created in 1993 after the BBC scattered a team of over 30 producers around the UK with the aim of encouraging local people to make short films. Seeing “Real people” on TV, explaining various details of their lives was a refreshing revelation.

The producers trained them in the art of storytelling and the use of camcorders, with the films featuring individuals sharing moments of their lives with the camera.

Digital Stories built on the heritage of the Video Nation taking it to a new audience by delivering the content online.

The team behind it provides digital workshops where people from different backgrounds can hook up and tell their stories with the help of electronic wizardry such as laptops, scanners, digital cameras and editing software.

Content on the ‘Your Stories’ service is divided into daily themes, each with its own title. “My Music”, for example, featured an eight-year-old trumpet player and a blind pianist.

New Media Knowledge (NMK) ran an excellent event last year exploring this subject, bringing together members of the Video Nation and Digital Nation, the roots of both were explored.

The showing of the content revealed the power of this content – emotion. ‘Normal’ people in control of making media about their lives, without it passing through all of the editorial filters that are, as a matter of course, applied to broadcast TV – removing the soul from the piece. It was, quite simply, some of the most powerful content I have ever seen.

As a regular reader of Digital-Lifestyles, you will know that we are hugely enthused about the future of the user-generated content as an alternative to media made by the current media companies. If you’re not convinced, watching the online examples of this (linked at the bottom of this piece) will help you understand.

Next month, the BBC intends to feature a week of films created by school students deep in stress and revision as they prepare for their GCSE exams. 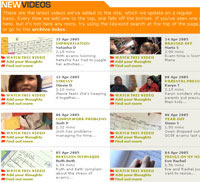 BBCi controller, Rahul Chakkara, explained the reasoning behind Your Stories service: “The BBCi audience is maturing, and is looking for content that is social and highly involving, available to them whenever they want.”

“Your Stories is the beginning of our efforts to meet this need. We go beyond involvement through interaction and we involve our audiences by encouraging them to produce their own content.”