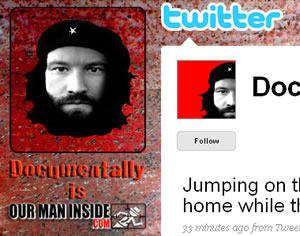 David Cameron has been at the Open University today spreading the message of his newly-born vision of what the UK could be in a post-MP expenses outrage world.

It’s been all over the national newspapers, but more interesting is the coverage that social media whizz Christian Payne, as Documentally, is giving the event the full social media treatment.

AudioBoo provided a fast interview-to-broadcast solution which enabled Documentally to ask David Cameron a few questions between his main engagements.

Qik (a service we can never appear to get to play us videos) has been provided the platform for some video.

Video blips have been provided via his 12 seconds, giving behind the scene view of Cameron giving his presentation.

This kind of work really shows how much one active social media person can create.

Tories winning social media?
In one of the AudioBoos with @CraigElder, who is responsible to the social media stuff with The Conservatives, Documentally praised the Tories for having really grabbed hold of the social media tools, where Labour and the Lib Dems appear to be falling behind.