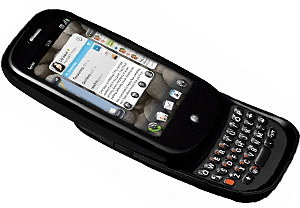 It’s been a long time coming, but Palm have finally announced the launch date for its eagerly awaited Palm Pre mobile phone in the States.

Available through the Sprint network on June 6th, the Pre will cost $199.99 (after $100 mail-rebate) on a horribly long 2-year contract.

The phone will go on sale throughout the US at Sprint stores, Best Buy, Radio Shack, and selected Wal-Mart stores on Sprint’s Everything Data or Business Essentials with Messaging and Data plans.

Punters looking to impress with the natty wireless Touchstone charging dock kit will have to fork out an additional $69.99 for the privilege, with the price including the $49.99 dock and $19.99 Pre back cover.

Palm has gambled just about everything on this new phone and operating system, but initial reviews have been overwhelmingly positive and we’ll be eagerly awaiting the first in-depth reviews.

Ed Colligan, Palm president and chief executive office, was ready and willing to pull the ‘Big Up!’ levers and froth lovingly about their new handset, “Pre 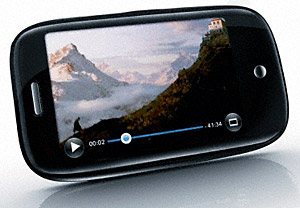 is truly a new phone for a new web-centric age,” he punchlined.

“We’re a mobile society, and we want our people, calendars and information to move with us. With Pre’s exquisite design and the unique webOS software, running on Sprint’s fast broadband network, we’re changing the perception of what a wireless phone can be,” he whooped.

We’d love to have our perception of what a wireless phone could be changed – right now, please – but sadly there’s ne’er a whisper of a UK release, which is a real shame because we’ve craved this handset from the minute it was announced. Sort it out, Palm!

One thought on “Palm Pre Gets June 6th US Launch Date”